This was before I went public and before almost anyone was thinking about BC municipal elections. So when I started to mention housing; my students sleeping in cars; trees; transit or being inspired by my stint on Saanich's Arts, Culture and Heritage Advisory Committee it became clear this wasn’t what most of them were wondering about.

The question wasn’t why I wanted to run for council, it was “Why politics?"

Sometimes they didn’t even bother to ask that question and just skipped straight to asking whether I’d lost my mind. “Politics? In 2022?”

Why would anyone want to get into politics in a time when facts are treated as fluid, social media is progressively more anti-social and civility seems positively retro?

Before jumping into the water I reached out to several current Saanich councillors for advice and was able to meet with a couple of them. They reassured me that while there were certainly challenges that – for the most part - Saanich is civil.

I rewatched the 2018 all-candidates meetings – and scoped the social media feeds of every sitting councillor – and was surprised and relieved that even the most passionate arguments generally seemed thoughtful and respectful.

Seeing that made me even more grateful that I live here and even more determined to run.

I'm not a big Twitter fan and figured I’d be more likely to see the Cadborosaurus than friendly Twitter feeds.

And I love that unlike Vancouver and Victoria… Saanich councillors are only responsible to the voters, not to parties.

Before deciding to run I also connected with several friends who served as councillors in various parts of BC. I asked if they thought this was a job I could do well – and whether I’d regret jumping into this strange pool in these challenging times. All of them encouraged me to run. Several donated to my campaign as soon as this site went up.

I also asked for their advice on how councils can improve the lives of the people in their communities. And I warned them that, if I’m fortunate enough to get elected, I’ll keep asking them questions for as long as they’ll keep answering them.

When I went public about my plans and the questions shifted from “why politics” to “why Saanich council” I realized that my answer to both questions is the same. I want to do more. And I hope you'll give me that opportunity.

Thank you for taking the time to read this.

And please save one vote for Mark Leiren-Young for Saanich Council and CRD. 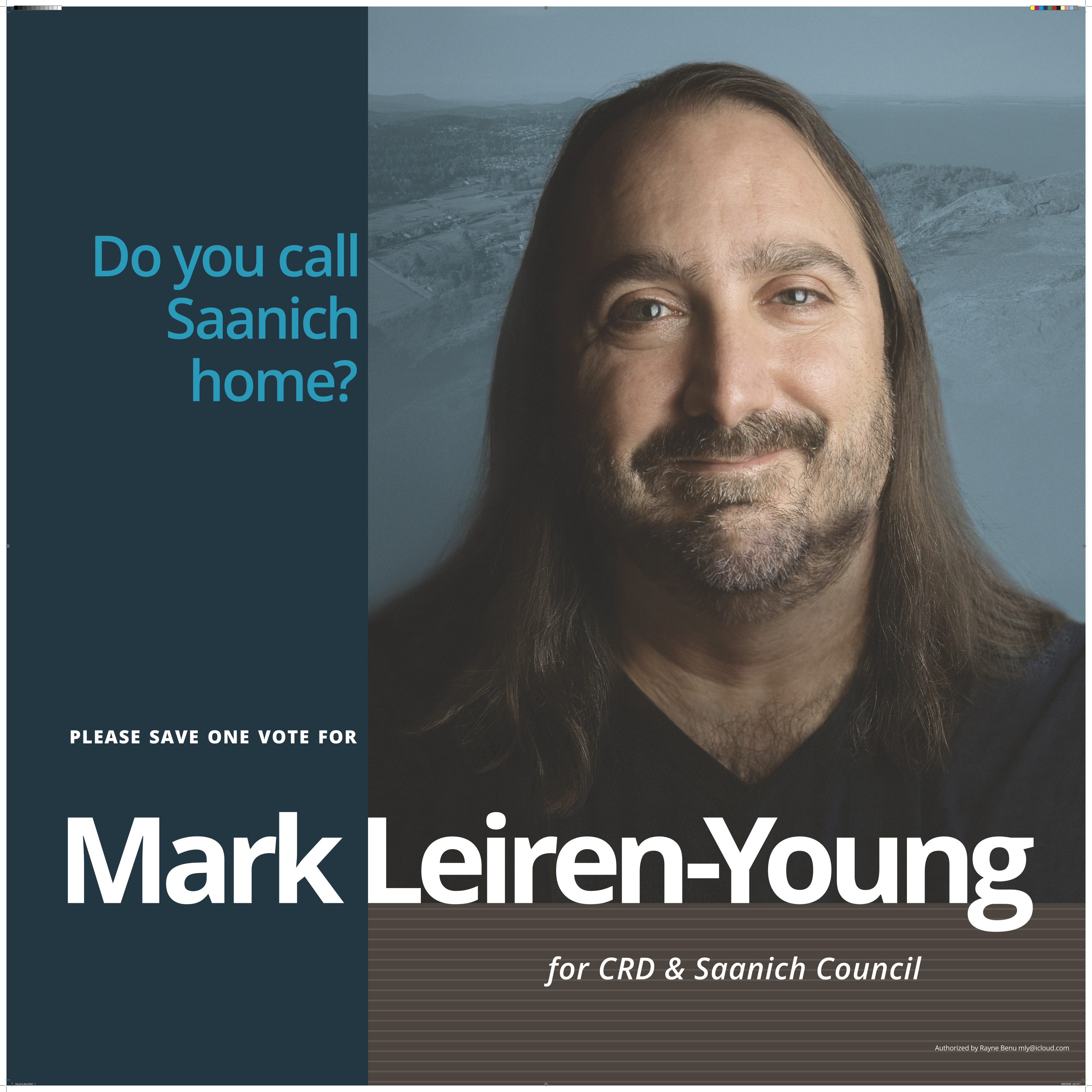